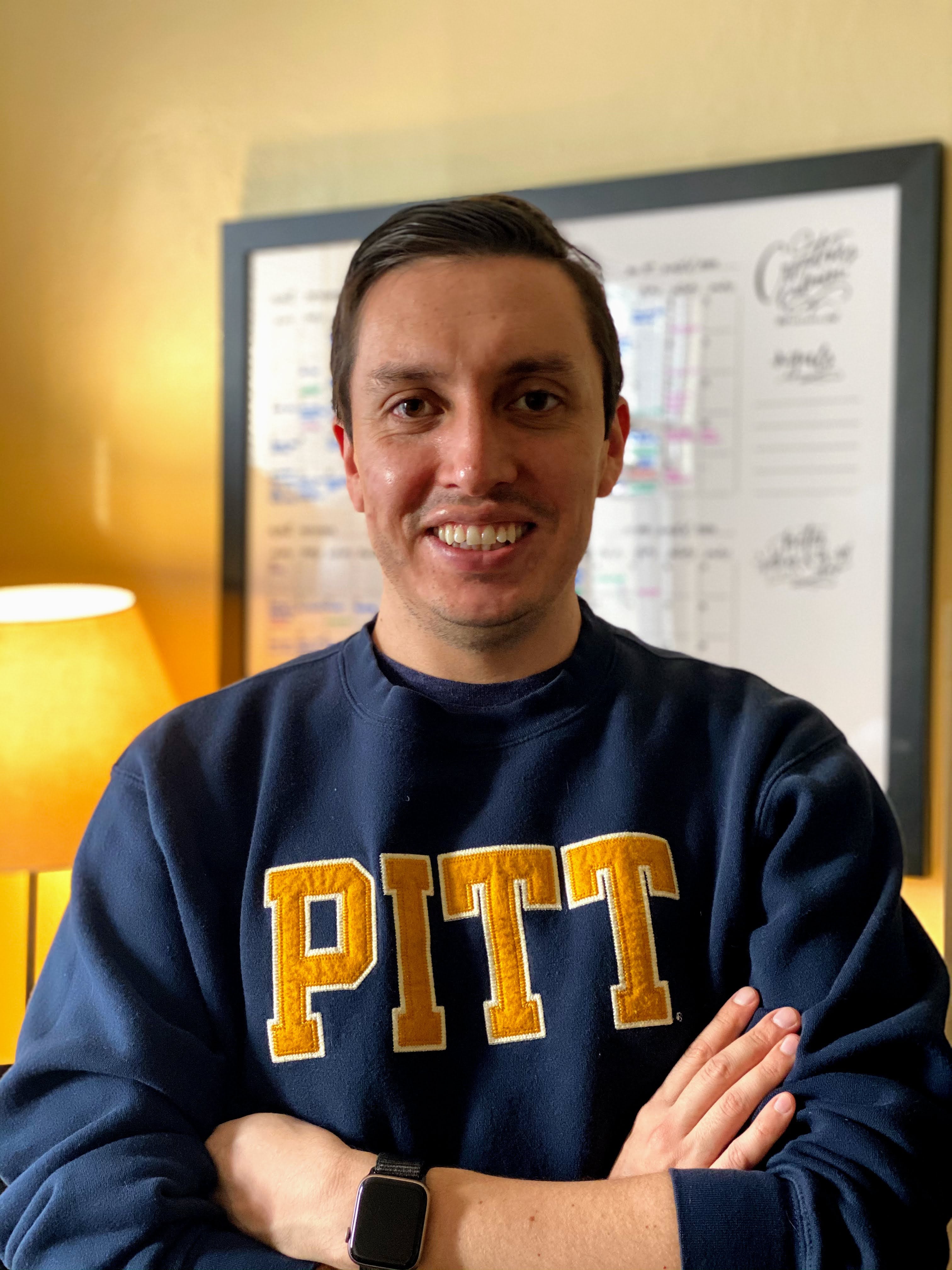 Before Pedro Bustamante came to the School of Computing and Information, he saw himself as a “purely technical student” — meaning his previous experience in electronics engineering taught him the technical essentials, like how to work with circuits and code. But after earning his Master of Science in Telecommunications (MST), and now as a fourth-year doctoral student in Information Science with a focus in Telecommunications, Bustamante says the resources available to him at Pitt have transformed his understanding of the field.

These resources include Bustamante’s ability to position himself in an individualized path of study. By taking courses outside of SCI, especially in economics and policy, to complement his MST degree, Bustamante has been able to conduct fantastic scholarship on the allocations and governance of spectrum, which is the medium for all wireless communication. He thanks his adviser, Dr. Martin Weiss, for showing him this interest, which Bustamante has continued through his PhD.

“If you do want to do your PhD, there are many different fields within SCI that you can choose from and different people that can be aligned with your work or with your interests,” Bustamante says. “You can start building that career early on in the master's program because you can talk to your professors and see what they are doing in research, what are their interests.”

His work in telecommunications began before his graduate and doctoral programs, when he lived in Ecuador and worked in the Telecommunications Regulator, working on those strictly technical skills. But as Bustamante got further in his study, he began analyzing big-picture governance and structure of spectrum as well, through independent studies with Dr. Weiss.

As if he wasn’t busy enough already, Bustamante also chose to write a master’s thesis on experimental licenses used by the Federal Communications Commission (FCC). He cites this as another example of the flexibility SCI allowed, as he received three credits for writing his thesis, and the opportunity confirmed his interest in pursuing a PhD. Over the summer, Bustamante successfully defended his proposal on spectrum sharing governance, in addition to publishing a paper with Dr. Weiss. He anticipates finishing his PhD in 2021, after many years of innovative scholarship and the help of those at his future alma mater.

“Pitt offers so many resources, and they are always available to you,” Bustamante says. “I feel really supported at Pitt.”