There are a number of factors that paint a picture of academic excellence—how programs are ranked, who provides funding for research, what recognition professors have received—and the School of Computing and Information has consistently excelled in each category. Here are just a few insights that illustrate our academic rigor: 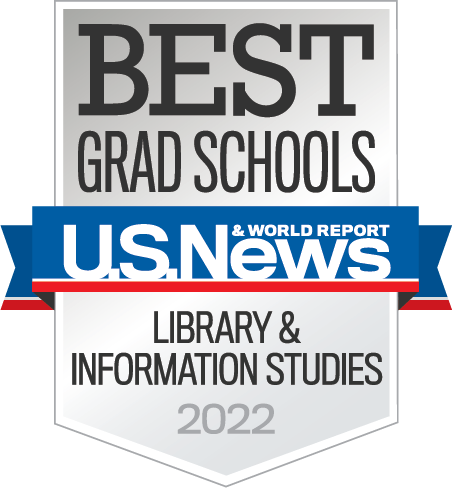 Pitt's American Library Association-accredited Master of Library and Information Science (MLIS) program has been recognized by the U.S. News & World Report magazine as one of the top programs in their 2022 edition of “America’s Best Graduate Schools.” The MLIS program as a whole was ranked 17th in the nation, based on a survey which is ranked every seven years, and the MLIS career pathways received top honors as well.

In 2016, Reuters ranked the University of Pittsburgh 39th on its list of the world’s 100 most innovative universities, based on research, output and patent filings.

Pitt is proud to be designated as a National Center of Academic Excellence in Information Assurance Education by the National Security Agency and the U.S. Department of Homeland Security.

The computer science department at Pitt is among the first established in the world, exemplifying research and teaching excellence since 1966. It is ranked 25th out of 473 ranked programs (19th with respect to gender diversity) in the most recent PhDs.org evaluation and 34th out of 128 in the most recent (2011) National Research Council (NRC) evaluation.

The School of Computing and Information builds on the results of more than a century of progress. This community brings together learners of various disciplines on the basis of a shared investment in innovation and technology.

In April 1930, the Carnegie Library School merged with the Carnegie Institute of Technology, and that June, 12 students received a Bachelor of Science in Library Science. Next year’s class attracted 49 students from local institutions, including the University of Pittsburgh, to pursue several library sciences disciplines.

Students continued to enroll for several decades, leading up to the rapid acceleration of computational technology in the early 1960s. Chancellor Edward Litchfield decided to implement new programs and schools to reflect the changing world, which led to the transfer of the Carnegie Institute of Technology’s library science program. Pitt’s first library school class of 1962-63 had 134 students, more than double the previous class at Carnegie Library School.

The CS department witnessed a dramatic increase enrollment in the 1980s as well, reaching more than 250 graduates in the class of 1985. To keep up with this high demand for CS instruction, Pitt prioritized expanding its computer science faculty and resources.

The late ’80s saw the establishment of the Intelligent Systems Program and the Master of Science in Telecommunications degree in the School of Library and Information Science. The MST program embedded lessons from several other schools and departments, including business, electrical engineering, and computer science, to develop an interdisciplinary approach to managing telecommunications networks.

The School of Computing and Information officially launched in July 2017, and has since became a four-year admitting undergraduate program, meaning undergraduate students can immediately dive into their computing and information coursework. Our upper-level graduate and doctoral students have continued to conduct well-regarded research in both constant and emerging areas, such as the internet of things, health care, and artificial intelligence.

With such a rich history as this, we can’t wait to see what else is in store for SCI.

1961: The school is transferred to the University of Pittsburgh.

1964: The school is renamed the Graduate School of Library and Information Science (GSLIS) and the Master of Library Science degree receives its first ALA accreditation.

1966: Pitt's Department of Computer Science is established, making it one of the oldest departments of its kind in the country.

1974: The Master of Science in Information Science degree is established.

1986: The Intelligent Systems Program is established at the University of Pittsburgh.

1987: The Master of Science in Telecommunications degree program is established.

2017: The School of Information Sciences, the Department of Computer Science, and the Intelligent Systems Program came together to found and create a new entity, the School of Computing and Information (SCI) - the newest school at the University of Pittsburgh in more than 20 years.